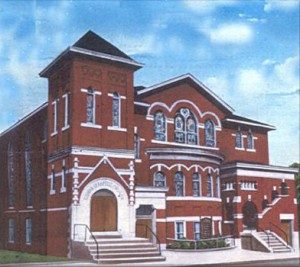 In its long history of 135 years, Rodman has been blessed with thousands of new converts and believers and eight Senior Pastors. The church began with the name Salome Baptist Church and the name remained during the Pastorates of Reverend Willis Duvall and Reverend R. S. Gibson.

Upon the arrival of Reverend O. S. Simms, the church exploded with new converts and believers and the membership grew to over 3,000. The name was changed to Rodman Street Missionary Baptist Church and a 2,200 seat-sanctuary was built. During the pastorate of Reverend F. W. Williams, the church purchased its first parsonage. During the pastorate of Reverend S. A. Thurston, the affectionate term “The Great Rodman Street Baptist Church” was established. During his tenure, there were beautiful renovations and the purchase of a pipe organ.

In 1960, Reverend George L. Bowick assumed the leadership of Rodman and led Rodman through the arsonist attack that destroyed the church building. Through resilience and faith he galvanized the congregation to build this beautiful edifice that we are worshiping in today, established the Rodman Day Care Center, where hundreds of children were educated and nurtured in a loving Christian environment and served as the President of the Lott Carey Foreign Mission Convention.

In 1984, Reverend Delano R. Paige assumed the leadership of Rodman and under his leadership, the church membership grew rapidly with over 50 ministries. Over 30 Sons and Daughters accepted their call to the Gospel ministry. He was a ground-breaking pioneer in licensing and ordaining the first women in the history of Rodman to the ministry as well as hosting the installation of the first woman to be elected president of the Pittsburgh Branch of the NAACP. He expanded the Rodman Day Care services to include the Rodman After School Program (RASP) and established Naomi’s Place, a transitional house for women and children. He led the congregation in the erection of the beautiful education building that we are enjoying today, with administrative offices, classrooms, meeting rooms and an elevator to meet the growing needs of the church body. 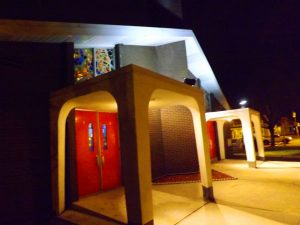 In 2010, Dr. Darryl T. Canady assumed the leadership of the great Rodman Street Church who he affectionately calls “The Street”. He has led us to embrace a new Vision Statement: “Our vision is to make an impact by building a Community of Hope. (A Christ-centered community that is holistic in spirit, mind, and body).

He has instituted Men Only Revivals (H.B.O. HOME BOYS OUT) in an effort to bring men into the security of God’s covering. He started Women Only Revivals (S.H.O. TIME SISTAS’ HANGING OUT) to empower women to be all that God has called them to be. He has also established Rodman’s Equipping Leadership Academy Year-round (R.E.L.A.Y.) that is developing leaders in all areas of service and discipleship. He also established the Shepherd’s Care Ministry, where lay people provide pastoral care to members of the church and the community. Additionally, we have established online giving, livestreaming of services, Virtual Church, a weekly television broadcast, Operation In As Much Mission Blitz, Micah 6 Pastors and Community Leaders Coalition, Justice on Both Sides with law enforcement officers and other first responders, and “Church Without Walls” to build bridges and trust with other races and denominations. During his tenure over 1,500 persons have joined God’s Army at Rodman.

Pastor Canady has implemented the Community of Hope Vision where our strategic focus is to uplift the people in our church and community through meeting their spiritual needs; generating physical and recreational opportunities; engaging in educational support; providing social and entertainment venues; creating employment and economic development opportunities; and offering health and emotional well-being support through six pillars which lay the foundation of our vision. The six pillars are spiritual, physical and recreational, educational, social, economic and employment, and health and wellness. The outcome will be the creation of the “Rodman Village”.

The history of Rodman Street Missionary Baptist Church is rich and full of the spirit of the people who built the church that is still standing on the Rock 135 years later. They are a blessed people who have embraced the love of God…both in the past and the present as they continue to see God’s wisdom as they move into the future holding tightly to His hand. 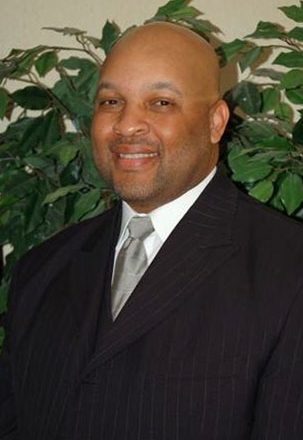 Every Wednesday at Noon and


Growing through Grief Join our holistic support group on our journey to address grief through the healing power of gardening. This five-week program involves self-expression through gardening and writing. The…


Want to become a part of the Worship and Arts Ministry? Want to make a powerful difference in the church? Do you like media, sound or computers? The Rodman Media…

Painting With a Twist Monroeville

Give to The Street

Thank you for your willingness to partner with The Street as we seek to become a “Community of Hope”.
You may also use one of our Giving Kiosks if you are attending a worship service in person. The kiosks are located in the front lobby of the church and in the Reception Room. For secure online giving, please click the link below.